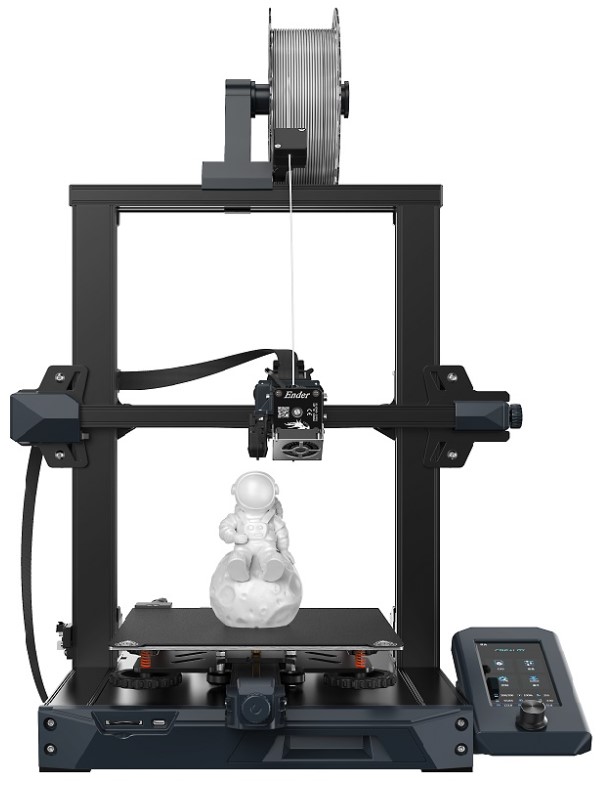 Creality Ender 3 S1 was just recently presented in Dubai. In this article, we will take an in-depth look at its features. If you are interested to know more about this modular FDM printer, join us!
Creality never ceases to delight its users with new products. In 2021, the company announced the release of the new Creality Ender 3 S1, and in early 2022 it became available to order not only from the manufacturer, but also from official suppliers. Today we tell you more about this novelty.

The new model is quite an interesting version of the Ender 3, which was brilliantly presented at Expo 2020 in Dubai. The Creality Ender 3 S1 has new additions to the rather well-known and beloved 3D printer.

What the company has decided to wow its users with is the new “Sprite” extruder and the Creality CR Touch automatic platform alignment. But of course, that’s not all there is to see. For example, a series of optional accessories that are sold separately, a 32-bit motherboard removable steel platform, a new user interface, and a simple assembly consisting of only 6 steps. 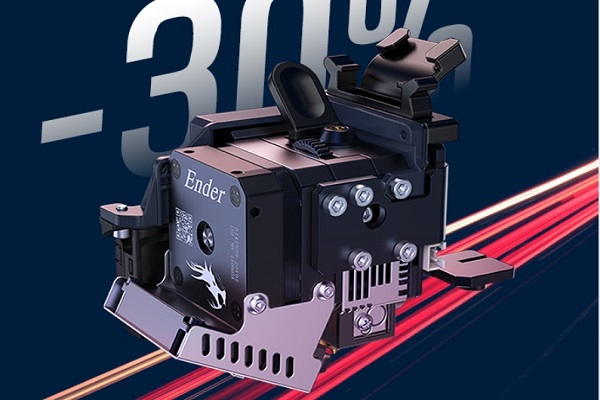 Unfortunately, the name has nothing to do with the well known beverage. The new extruder, designed by Creality, has much more extrusion power, weighing only 210 grams. According to the documentation, it is a gear extruder with a 3.5:1 ratio, with double gears that grip and push through the filament. This is a relatively sophisticated design compared to past MK8-type extruders we’ve seen from Creality.

Creality presents it as a flexible option that works most efficiently with all types of filament. There have been many suggestions in the user community to upgrade the extruder in this way, so it’s worth noting that the Creality Ender 3 S1 will be popular with users.

The S1, like most models, has an end-of-filament sensor and resume function.

Automatic platform alignment is an undeniable plus for this model. Creality’s CR Touch sensor has a metal touch probe that allows for 16-point platform alignment, much like the BL Touch sensor. Despite having a sensor for automatic leveling, the Creality Ender 3 S1 still has platform adjustment screws that help set the platform perpendicular to the base. 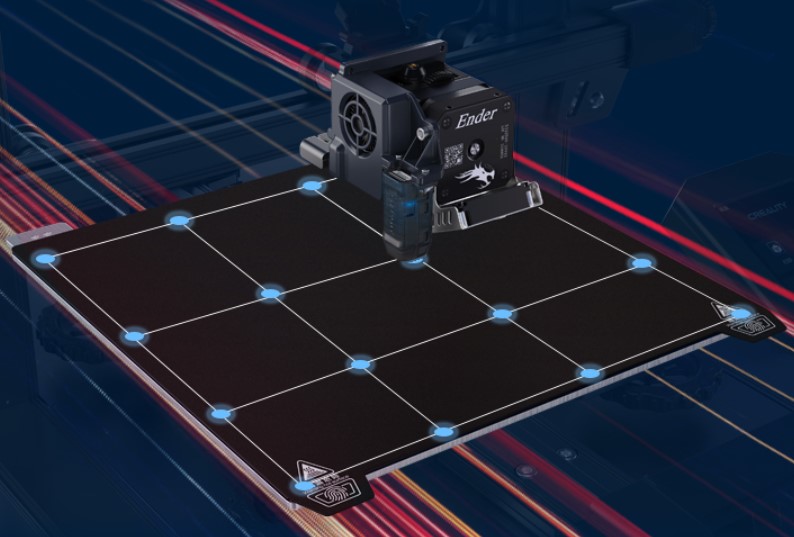 The Creality Ender 3 S1 has a 220x220x270mm print area, which is actually 20mm larger in the Z-axis than the same Ender 3 V2. This is not the smallest build volume, so the printer can handle most tasks for the average user.

Creality has taken care of those who care about illuminating the work area in low light conditions. The manufacturer offers an LED lighting module.

Creality assures that the design adjusts to the user’s tasks as much as possible. The 3D printer’s extruder can be removed and replaced with a laser engraving unit, which is sold separately. Laser power should be enough to work with simple materials such as paper or cardboard, perhaps the engraver will cope with other materials. It’s not yet known if there will be any other interchangeable modules and if users will be happy with this variability of use.

Although the Creality Ender 3 S1 has a modular design, its components are assembled to the max. Users only have to follow 6 simple steps to get the device ready for use. This is much faster than assembling a 3D printer from scratch. 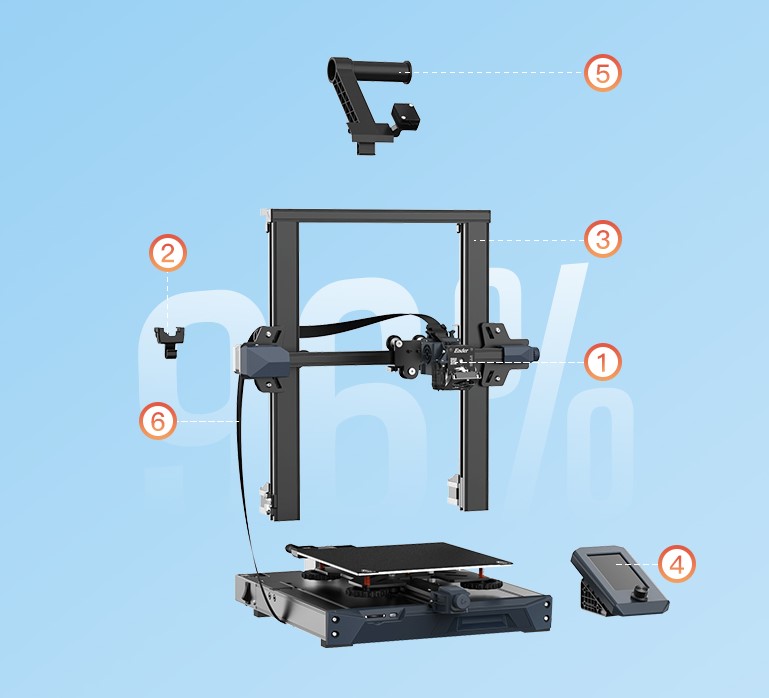 The glass printing platform can be purchased separately, and the Creality Ender 3 S1 will come with a steel platform. It is a flexible sheet that is magnetized to the base. When printing is complete, the sheet is easy to remove and bend to put away the finished part.

Creality offers a new user interface with a 4.3-inch LCD display. Options and settings can be selected with a rotary knob. It’s very similar to the Ender 3 V2, the last printer the company released with the same user interface. Considering that most of the recent Creality 3D printers came with touch screens, this could be considered a step backward. 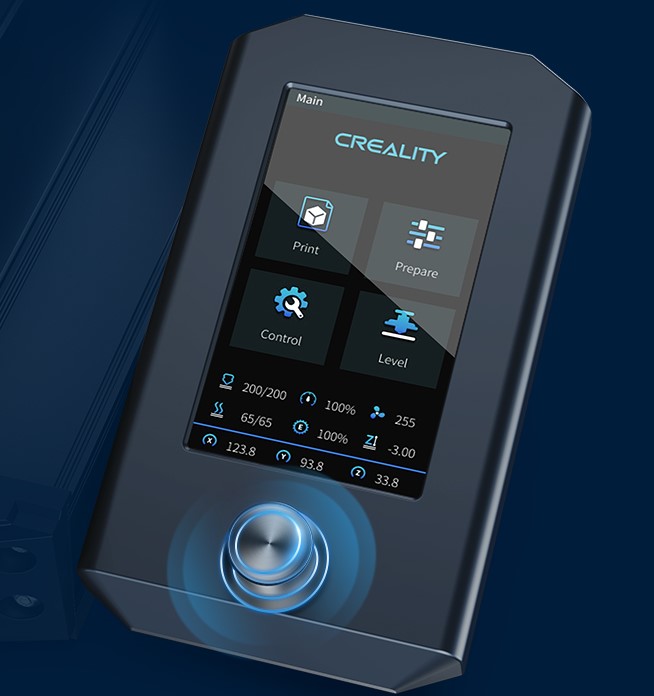 In addition to all of the above, the Ender 3 S1 also has: 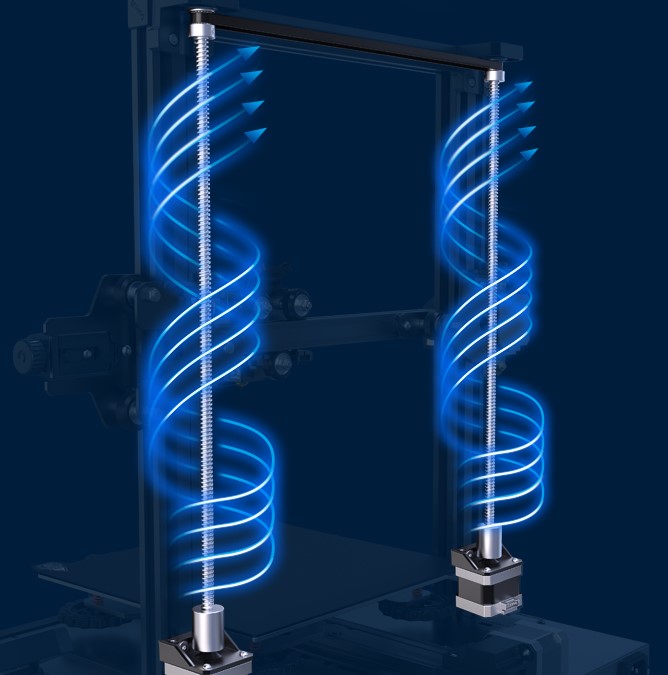