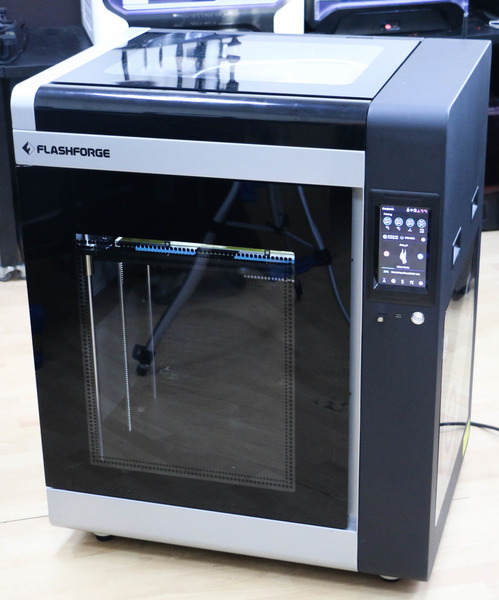 Flashforge has released a new professional grade and sized 3D printer. Let’s find out what cool technological features are capable of in conjunction with great design.

Flashforge Creator 4 – is a FDM 3D printer, which combines the features that are indispensable for professionals on the production, and a set of traditional features, which have many serious devices on the market today.

You can find out what features the new device from Flashforge has to offer in this article.

The first thing that can boast the Creator 4 is a printing volume of 400x350x500mm, the printer itself is big enough, but its size is the price for the ability to solve most professional 3D-printing tasks.

In addition to size, another, one might say the main feature of the Creator 4 are the extruders. First of all the Flashforge Creator 4 itself is equipped with the so-called IDEX (Independent Double Extruder) system – a system of two independent extruders. Unlike the traditional double extruder, the IDEX system allows the extruders to work simultaneously. This will give you the opportunity to use this printer successfully in your production processes and to reduce your printing time considerably. What’s more, there are a total of three different extruders. You can use two of the three extruders at the same time. 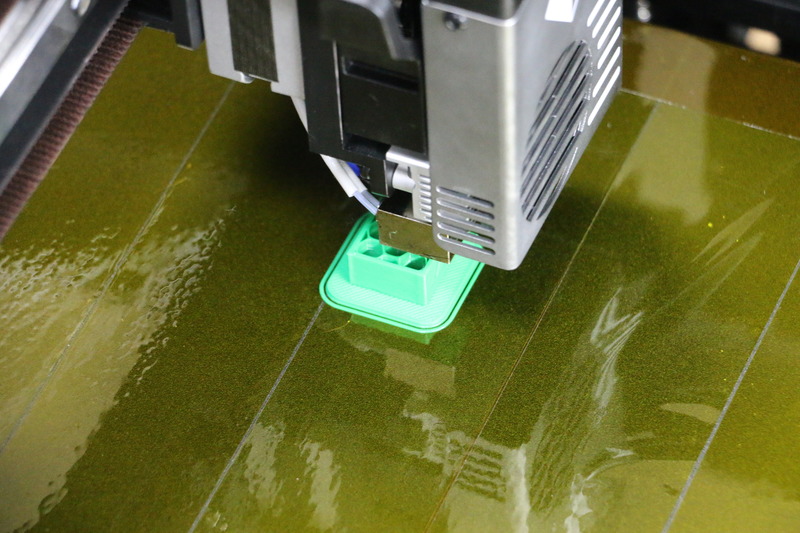 While the active extruder is doing its job, the system prevents unwanted filament from flowing out of the second inactive extruder, namely by pushing the extruder aside and blocking it with a special plug.

So what extruders are available in Creator 4, let’s take a look:

Flashforge Creator 4 has a print chamber that not only can be heated up to 65℃, but is also controlled by a new thermal control system. Before you print, you can preheat the chamber to a certain temperature depending on the material you are going to print with. Naturally, the temperature will be maintained throughout the printing process, and in addition, the thermal control system can keep warming up after printing is complete, or activate cooling (the cooling process can also be configured for a specific material). 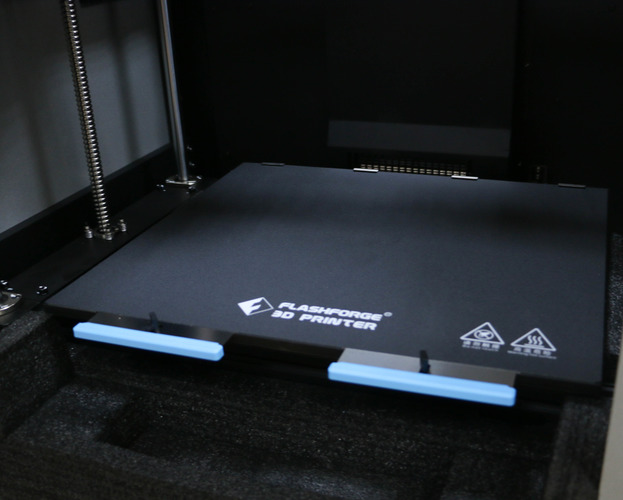 The fully controlled heated chamber also eliminates the possibility of warping or cracking of the surface of 3D models printed using ABS, PC, PA or other engineering grade materials that are prone to these common defects.

In addition to the chamber, the table also has heating up to 120 degrees.

But smart systems and dual extruders aren’t the only things we’re going to be fed up with! The Creator 4 is equipped with high-precision linear guides for both the X-axis and the Y-axis to improve print accuracy. The device uses S-type motion control to smooth the start and stop of the printing process, which contributes to more precise positioning and overall higher quality models.

In terms of construction, the printer doesn’t disappoint either, with stainless steel making the Flashforge Creator 4 extremely stable, eliminating any wobble or jarring that can cause failures during printing.

With a maximum 360℃ extruder in its arsenal, the Flashforge Creator 4 can print with almost any material: PLA, ABS, PETG, TPU, PETG and more.

Another plus, from the bottomless bag of pros, adds an intelligent material feed control system that is accessed through a touchscreen user interface.

There were bigger features before, and now there will be smaller ones, but you can’t not talk about them.

So, inside the printer is a HEPA 13 air filter, a thing necessary for printing with some materials that are toxic or give off an unpleasant odor. 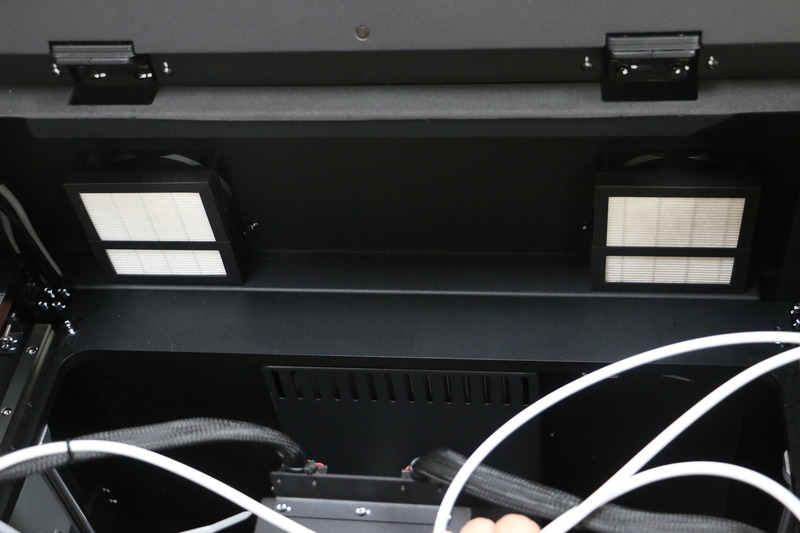 Of course the device has a control screen, namely the 7-inch touch screen interface, and there is a built-in camera for print control, as well as the function of resuming printing and automatic power off.

Another cool feature is the ability to automatically calibrate, or rather, Creator 4 can only be automatically calibrated. In addition, the printing platform can be fixed after calibration with a special twist lock, so you do not have to calibrate the platform every time before printing. Of course, in practice anything can happen, but we have not had any problems with calibration.

According to the size of Creator 4 the box with the printer was filled with a whole bunch of different tools. Beside the usual Allen screwdrivers, cutters and screwdrivers there is also thermal paste and a set of spare fuses. Also in the kit is a spare hotends.

Oh yes, I almost forgot, the Creator 4 has two holders for the filament, one for the coil weighing 2kg and the other for a smaller coil from 500gr to 1kg. Both holders are hidden behind the transparent door. And of course two filament spools are included.

And it comes with cool protective gloves with a nice texture. 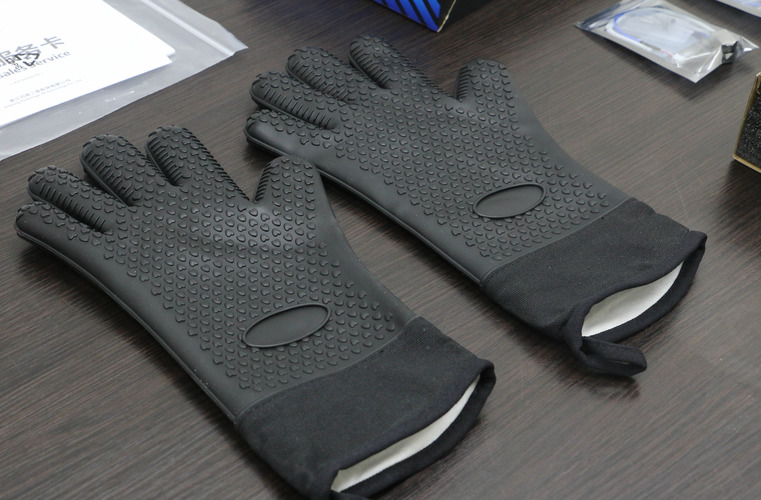 In general, Creator 4 is equipped so that you can start printing right “out of the box.

Flashforge offers to use its FlashPrint slider with Creator 4. More precisely, Flashprint is the only slicer available right now. But maybe someday…

But there’s no reason to be sad here, Flashprint is a good, good slider with a wide range of features. 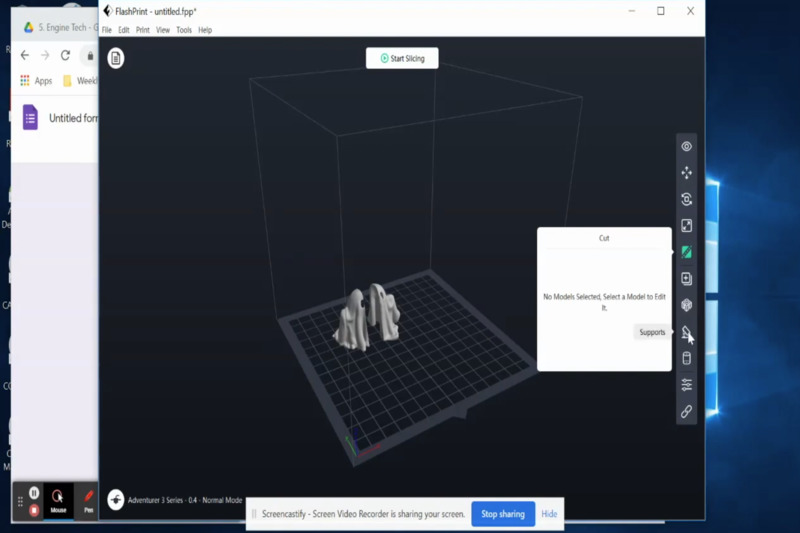 As if specifically to test the IDEX system, we received an interesting order. We needed to print the model of Kul-Sharif Mosque as fast as possible. According to our engineers’ estimates, printing in standard mode would have taken about 103 hours, which did not satisfy our client and we were not at all happy about our client’s loss. The solution was found fairly quickly.

Because Creator 4 had the IDEX system, we decided to print on it. The engineers were able to divide the 3D model into two parts by using the form.

The printer’s large print area made it possible to comfortably place the two parts of the model on the platform, and the two independent extruders provided the necessary performance.

As a result, the IDEX system allowed us to significantly reduce our printing time, from 103 hours to 54 hours. With two extruders working independently and a large print area, the Creator 4 easily met the challenge, proving the usefulness of the independent dual extrusion system in a real rush job. So the IDEX system will help you save time and nerves more than once.

And here are a few more models:

Flashforge Creator 4 is an excellent device for professionals, it can be safely used in business and industry, and if you are just a 3D printing enthusiast, and you are not afraid of the size of the device, then Creator 4 can be used at home, just find a suitable table for it (or better to put it on the floor).

The IDEX system and the choice of three different extruders greatly expand your possibilities. The heated print chamber does its job perfectly, and the intelligent control system is not just an advertising gimmick.

In general, with printers like Flashforge Creator 4 is a strange situation, everything works, almost all the features are useful and the internal critic becomes uncomfortable, like wanting to write something to the minuses, but nothing.