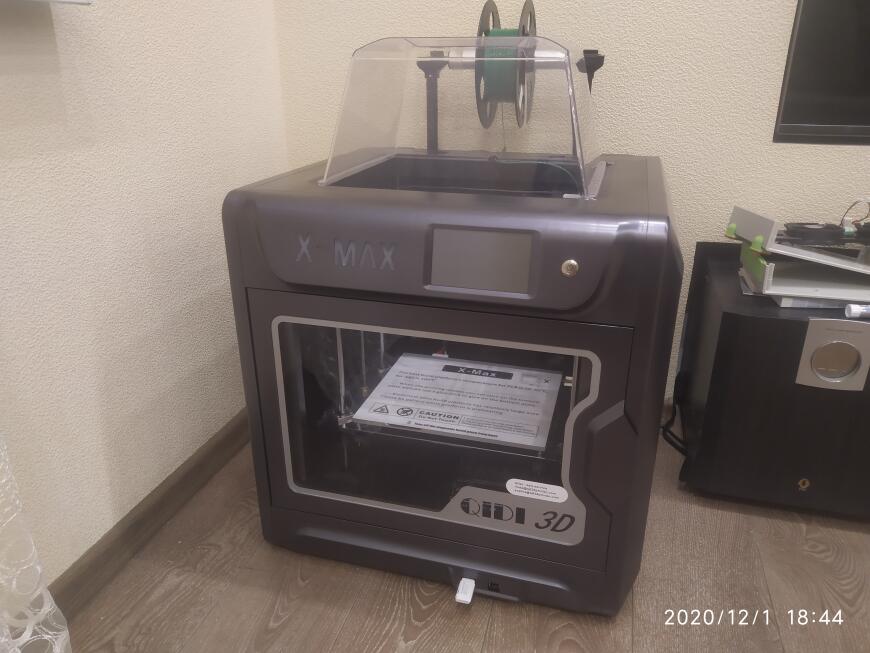 Hi all! I decided to write a review of the QIDI X-MAX 3D printer.

A few days ago I became the happy owner of this machine. 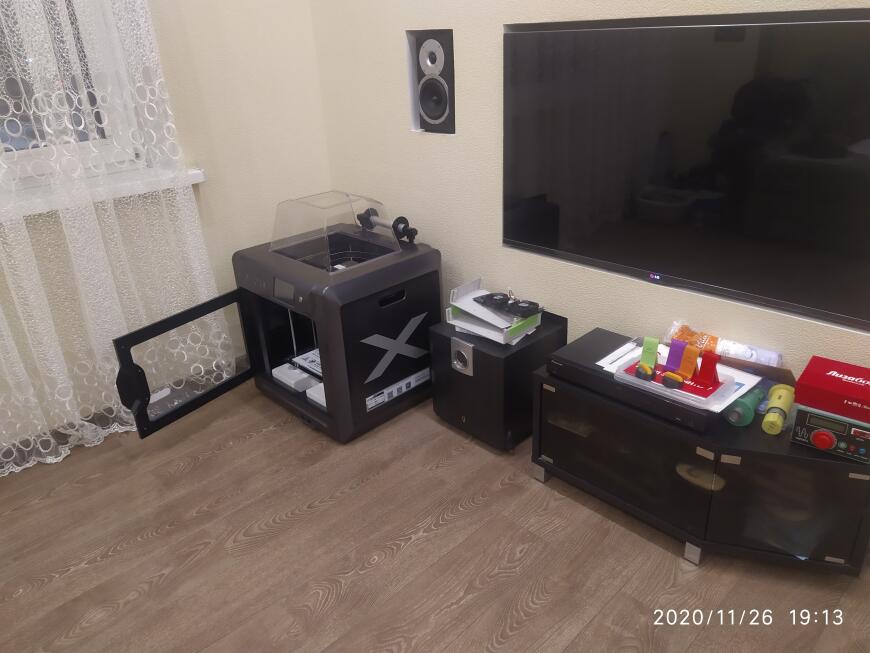 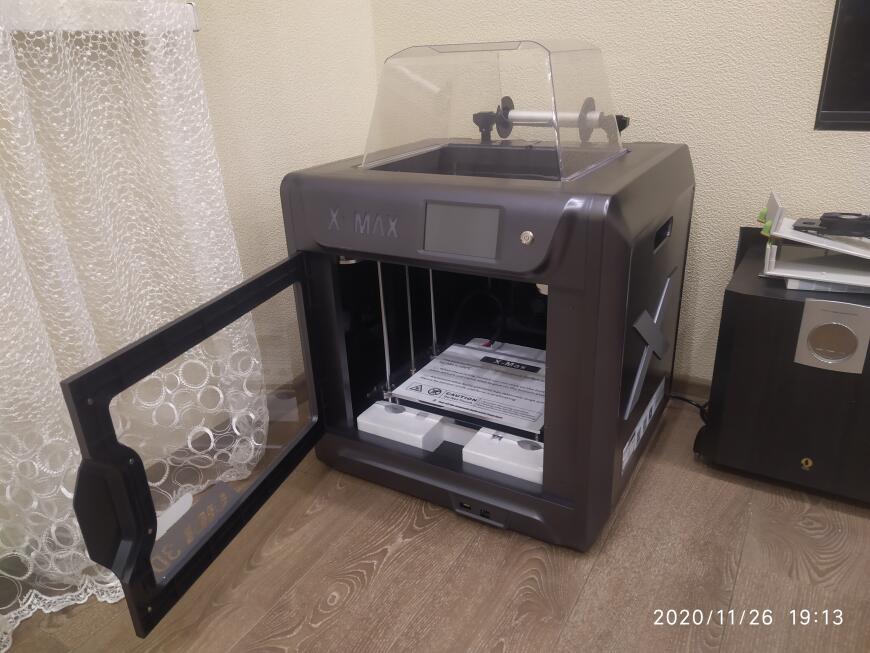 I looked at it for a few months. For 3 years I have been the owner of an entry-level 3D printer ANYCUBIC I3 MEGA. It taught me, it filled my guts on it, and on it alone, a lot of things that remade. But time is not standing still, I felt that it did not suit me anymore. But monitoring this topic, I was upset, and very upset. As if, what I wanted was just stupidly unaffordable for me. So, while searching the Internet, I came across this printer. The printer is under 100 thousand. Well, for me it is not a small amount of money. But here on my birthday, friends and spouses, gave me a good amount (knowing that I want), and I gutted my credit card on what was not enough, I did not hesitate for a second and ordered this machine. Ordered 11.11.20, helped me in this friend, which is just a god on Alik, and the amount of 93 rubles, he even lowered Alik to 6 pounds. In the end, the printer, along with delivery to the doorway cost me 87 rubles. It came on 26.11.20.

We looked at the box, took a video with unpacking. But thank God everything was OK. The printer was not broken. I did not power it on when it was cold, so I let it stand overnight. But after the first power-on, I was upset. The printer did not want to set the level evenly. That is, there was not even operation of the lower limit switches of the table, and therefore the table began to rise with a skew, and in its upper position, one of the stepper motors began to crack. Pinchwheels are flat, and the table moves with a skew ??? I couldn’t figure it out…? But then, when my emotions died down, my sober thoughts returned to my head, I took a flashlight downstairs again, where the limiters are, and you won’t believe it… it turned out to be simple. And the fucking Chinese had nothing to do with it. Anyway, the whole printer’s been sealed in Styrofoam since it was new.

And there’s a sheet of Styrofoam underneath the table. To get it out, you have to turn on the printer and raise the table. Well, the little ball of foam hit right under the base of one of the levers. As a result, it just stupidly prevented it from being pressed, and it only pressed after the lever bent into an arc and squeezed this foam. That’s why the table was positioned skewed. After removing the fucking ball with tweezers, everything was back to normal. The printer calibrated the table without any problems, and I decided to try printing a mini glider (copy of TX-22) from ABC. I tried to do it 6 times on the Cube, but it didn’t work. First of all, the glider is bigger than the Kubik’s table, and even diagonally does not fit. So I designed it with 2 parts, with a fastened nose (this model is here on the site). The size is big, the ABC was tearing off the edges, warping, delaminating…I tried to cover the printer with a box…all to no avail. That’s why I printed these gliders on the Cube from PET-G. But PET is expensive and has a high specific gravity – it’s heavy. And the glider has to be as light as possible. ABC is just what the doctor ordered. And so I redesigned the model, making it now a single piece, because the print area is now on QIDI 250x300x300, started printing. It took 12 hours to print. But you can look at the photo, not a single flaw !!! The ABC sticks to the QIDI table…barely peeled it off… 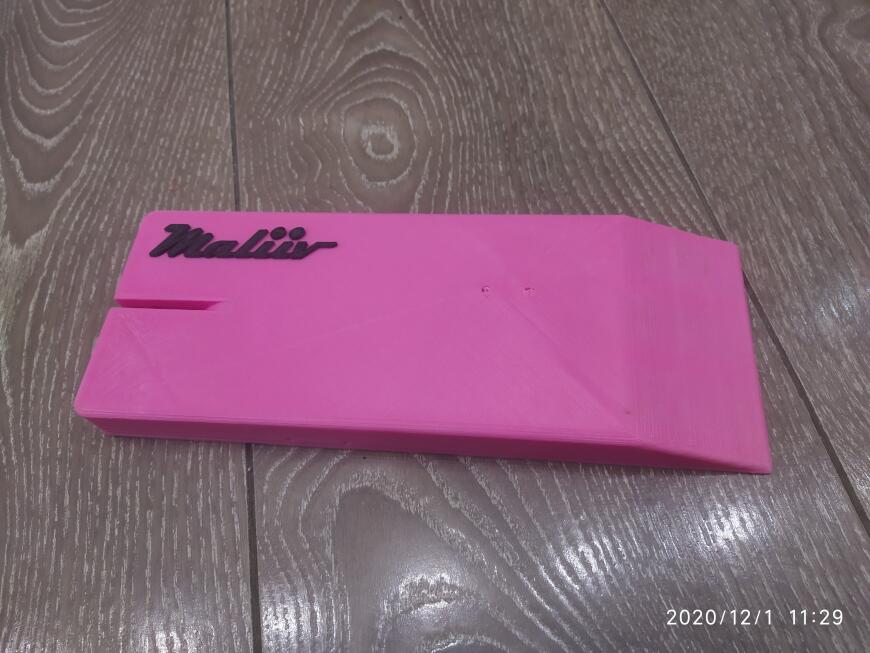 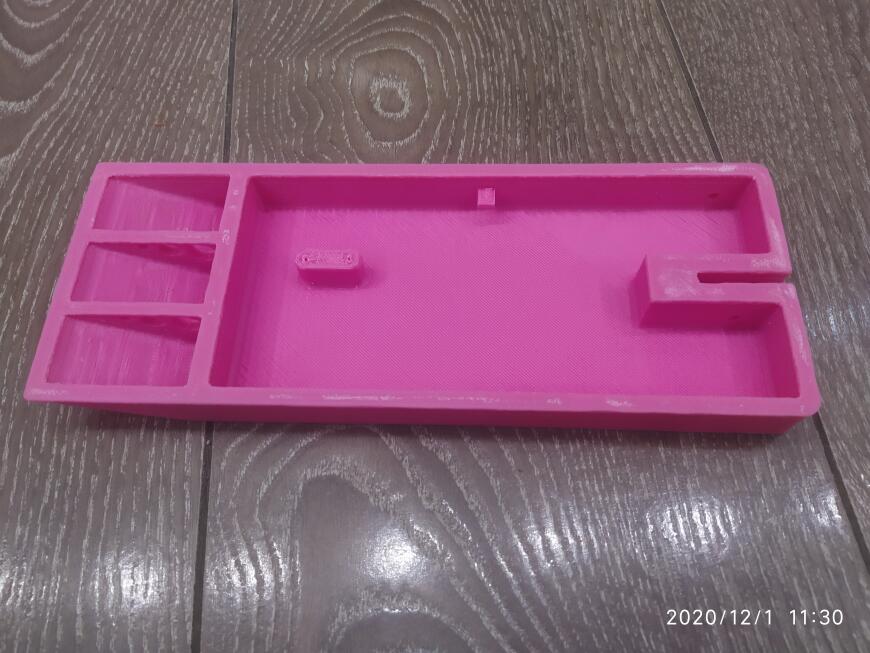 Really hot air blows from the opening where the filament is fed! And by the way it warms up the plastic very well, it is already warm and goes to the extruder. So it’s a real heat chamber inside. I took the table out when I took the model off, the model was all hot and cooling down. In one piece. That’s just what we need for the ABCs, nylon and carbon. Separately I want to say about the table. Well, I really liked the quick magnetic 2-sided table. One side is rough, for low temperature plastics, and the other is glossy black, for nylon and carbon. Also very pleased that a spare table is included. Anyway, the ABC stuck to the rough side of the table without any adhesives. Just on the table. No tambourine. And take it off, too – I took off the table, bent it in my hands (it’s flexible), and the part came off. All clear ! WIFI is not yet configured. I can’t connect it to the router, but my computer is connected to it via LAN. I will have to buy a WIFI whistle, and try to connect.

From the disadvantages so far I see only not successful in my opinion the location of the connector for the flash drive. It is on the front panel at the bottom. The printer is big and stands on the floor, and it’s easy to kick the flash drive off. I will have to buy one and connect it through an extension cord. 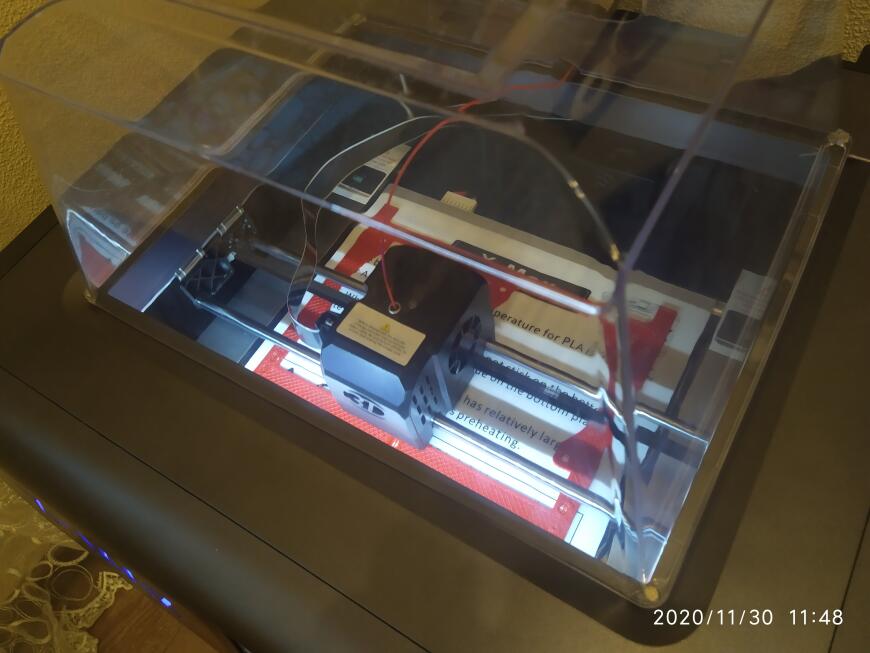 Another of the disadvantages is quite a big head and poor visibility when the printer starts printing. In other words, if the part is small, it is difficult to track the beginning of printing – sticking the plastic to the table. You can’t see it from the side, the table is high, but from above, the head is blocking everything. This will take some getting used to. The reel with the filament is placed very well. There are supports on top, sliding out of the printer body, and a cross tube with latches on them. The reel is clamped by clamps. It is very convenient. You can also put the spool inside the printer chamber itself. It has its own place for it, with its own wingnut. This is handy for hygroscopic plastics like nylon. The printer is backlit, the model is very clearly visible and the whole printing process. Backlight, as well as beeper can be quickly turned on and off. It is also very convenient. Also very convenient top transparent cover made of acrylic. It is fixed with neodymium magnets. Large, intuitive printer display, no need to know much English to understand what, where, how and why. All printer panels, like the door, are removable, which is also good for maintenance. Included with the printer 2 extruders, one (which stands) for conventional plastics, the second extruder to 300 degrees. The table heats up to 150 degrees. The printer has such a useful function, as the resumption of printing after a power outage or shutdown. That is, you can safely turn off and then continue printing. The noise level of the printer, claim 50 db. Well, to my senses, he certainly is many times quieter than the Cubic, well, about a little louder than the PC. Well, in any case, I put the glider to print and went to bed. The printer is 2 meters away from me. And I do not particularly bothered him. Although the wife still scolded. Well, it’s their job… I have printed with three types of plastic PLA, ABC, PET-G. There are a few aggressors, but they are not printer types, but slicer ones. 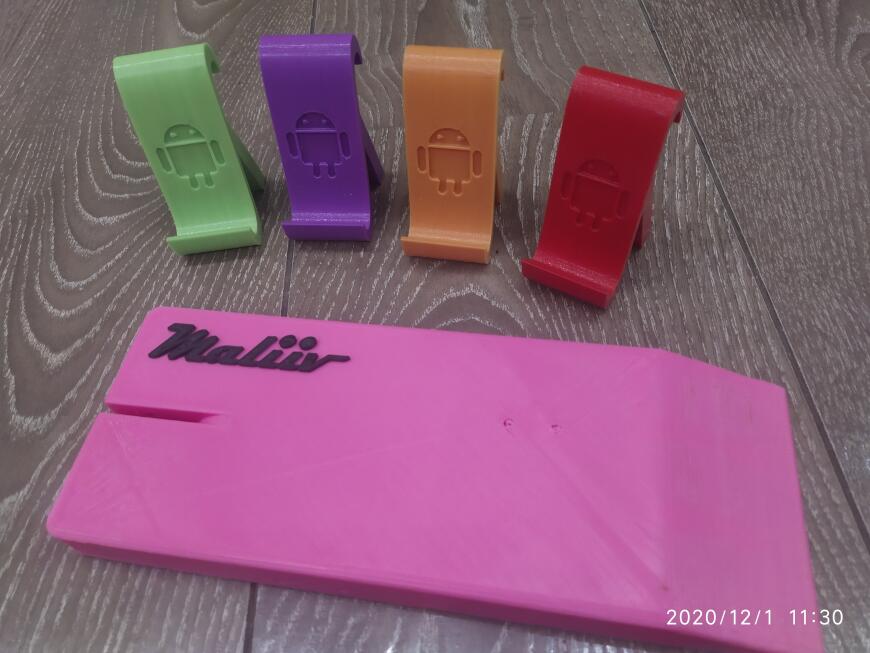 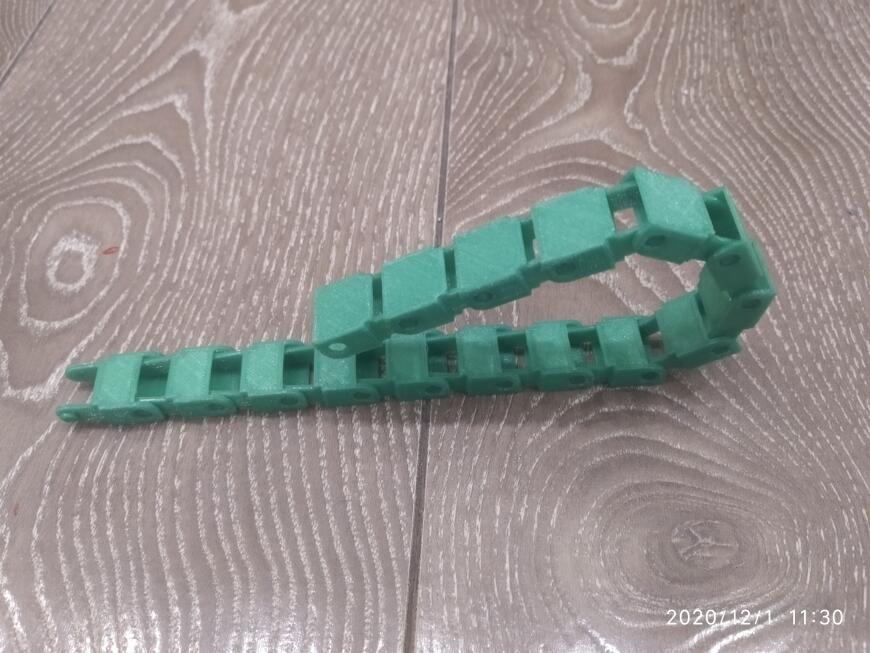 The printer has its own slider, based on Kura, but slightly modified. I can’t set up a normal overlap between the walls and the filling, especially the holes. Tried to re-cut my usual Kura, everything is fine, except that the display after Kura model does not want to draw (it shows on your display printable model), well, this chip on the trash. But still, we should try to get used to this slicer, because it provides a connection via WIFI. Enter all could not, there in the slicer, instead of the usual mm in the parameters of wall thickness, bottom and top, there are lines. That is, the line is the diameter of the nozzle. That is the line is the diameter of the nozzle. I’d like to try nylon and carbon, but they are expensive, I can’t afford it now, I must pay up to the end of this device. I also want to try FLEX now. I want to try extruder direct. In short, everything is ahead. My first impressions of the printer are very positive. Quite a good unit with this printing area and possibilities. I will slowly report back as I get to grips with it. 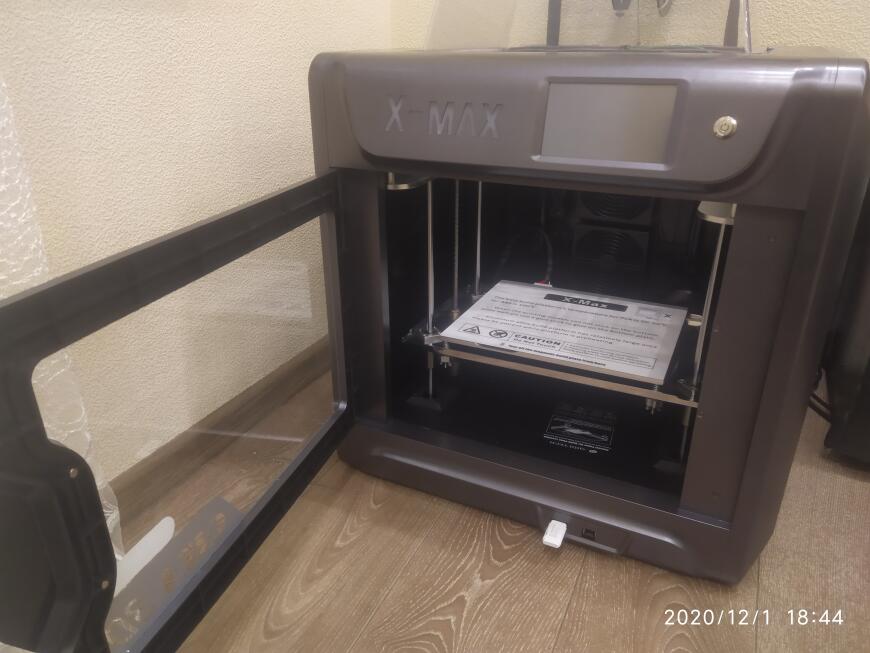