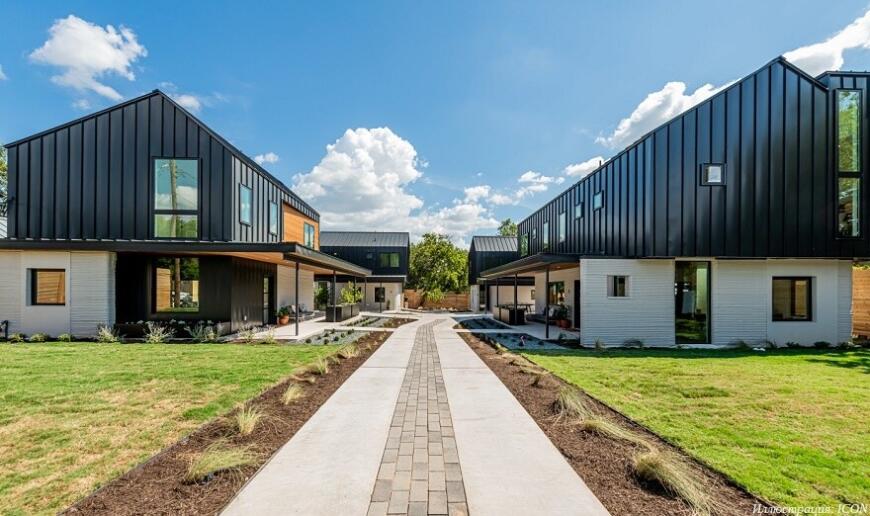 Texas-based ICON, which was featured in the list of largest format 3D printers, has completed several 3D printed homes built with the Vulcan construction 3D printer and offered to the commercial real estate market. Here’s a look at what they’ve accomplished.

The four buildings seen in the picture above were built in east Austin, where ICON is based. Austin has a high demand for affordable housing, especially given the local climate: Texas is often hit by tropical storms and hurricanes, so the 3D printed homes are designed to be more resistant to flooding, high winds and fires. 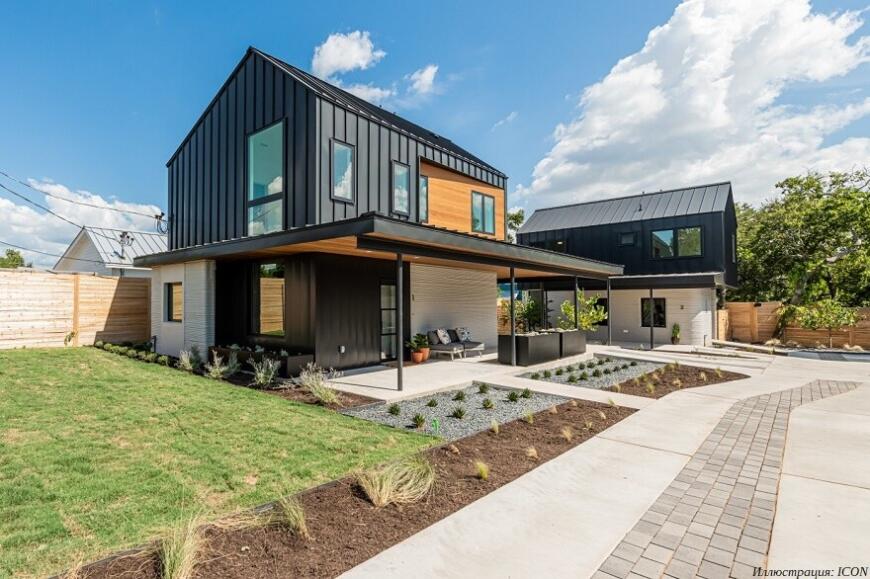 The buildings were designed by Logan Architecture. The fixed formwork for the first floors is printed by the Vulcan II construction 3D printer, released by ICON in 2019 (and it is already replaced by the third generation of the system). Another company – 3Strands – is responsible for the development. 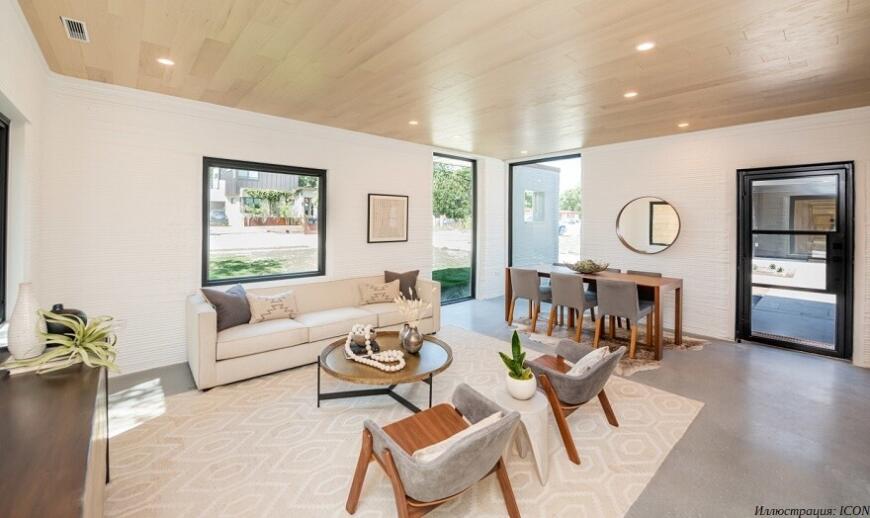 Gary O’Dell, CEO of 3Strands, thinks that the American housing crisis is caused by a supply issue. He continues: “3Strands is working to solve this by pushing the boundaries of new technologies that address root causes of this supply issue. By 3D printing these homes, East 17th Street is a significant advancement for the future of construction. We have been overwhelmed by initial buyer demand and could not be more pleased with how ICON has delivered beautiful, energy-efficient and resilient homes.”

A total of four houses were built, two of which found buyers during the first days after being announced to the real estate market in March 2021. All four buildings feature minimalist exteriors and interiors, as well as open floor plans with verandas and covered parking, vaulted ceilings in the master bedrooms and large windows on the north side, which is important given the latitude and heat of the climate. 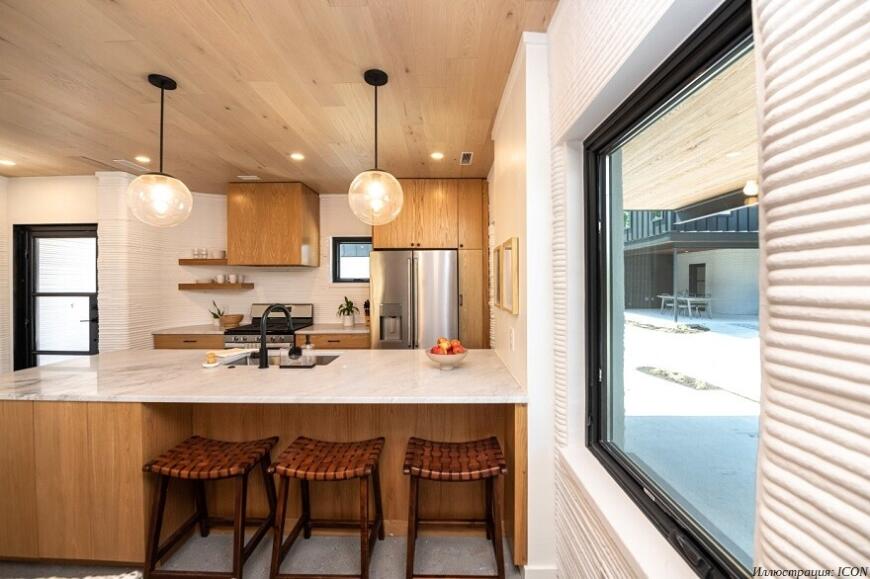 The interior design was by designer Claire Zinnecker, who settled on an unpretentious West Texas theme with natural wood and metal finishes complemented by flooring in warm earth tones. 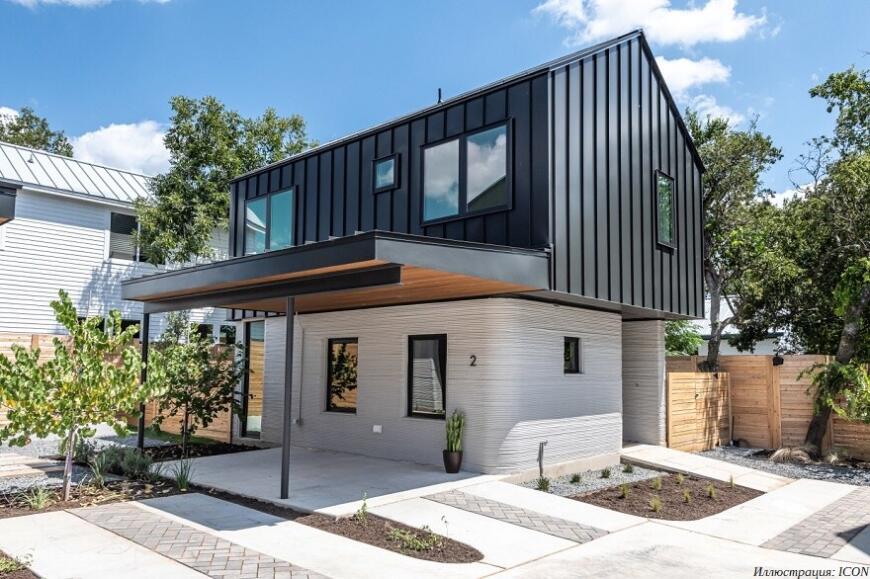