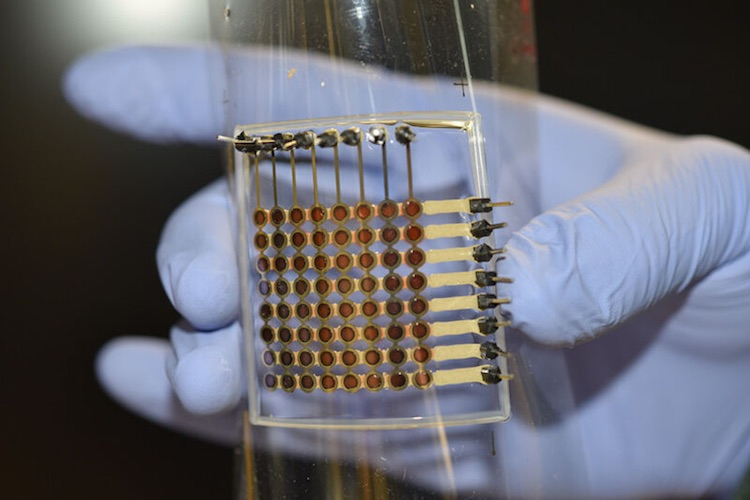 OLED screens are widely used in consumer electronics, such as laptops, smartphones, smart watches and more. Such displays are usually made by large companies, but it turns out that it is not necessary to have a specialized factory for their production. Researchers at the University of Minnesota, US, have demonstrated the first OLED screen printed on a small 3D printer.

In an article published in the journal Science Advances on Friday, researchers described how, using a 3D printer the size of a desk and costing like a Tesla Model S, an 8 × 8 pixel OLED matrix with a physical size of 1.5 × 1.5 inches was printed. It is noted that despite the fact that this sample was printed in the laboratory, anyone will be able to recreate it at home in the not-too-distant future.

OLED panels have been printed on a 3D printer before, but not as successfully as this time. The researchers had to use two different types of 3D printing: spray printing, for active components, and extrusion printing for electrodes, contacts, insulation and sealing. The resulting flexible OLED panel consists of six layers. 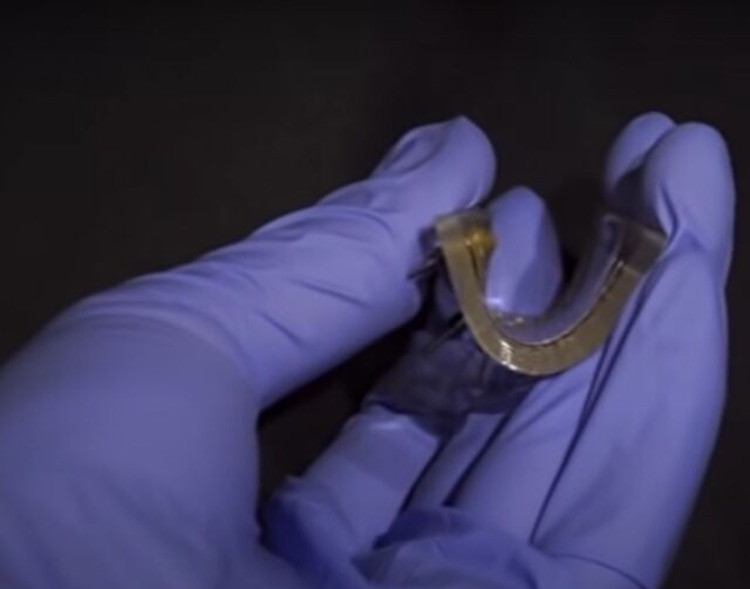 It is noted that the resulting OLED-screen showed relatively stable radiation for two thousand cycles of bending. Of course, any detail from the panel with a resolution of 8 × 8 pixels should not be expected, but it is an excellent demonstration of the technology. The researchers state that the development of OLED matrix printing on 3D printers could lead to new designs, including displays combined with flexible robotic devices, as well as three-dimensional structured pixel matrices for holography.

In the future, researchers from the University of Minnesota intend to work on making 3D-printed OLED panels brighter and provide higher resolution.