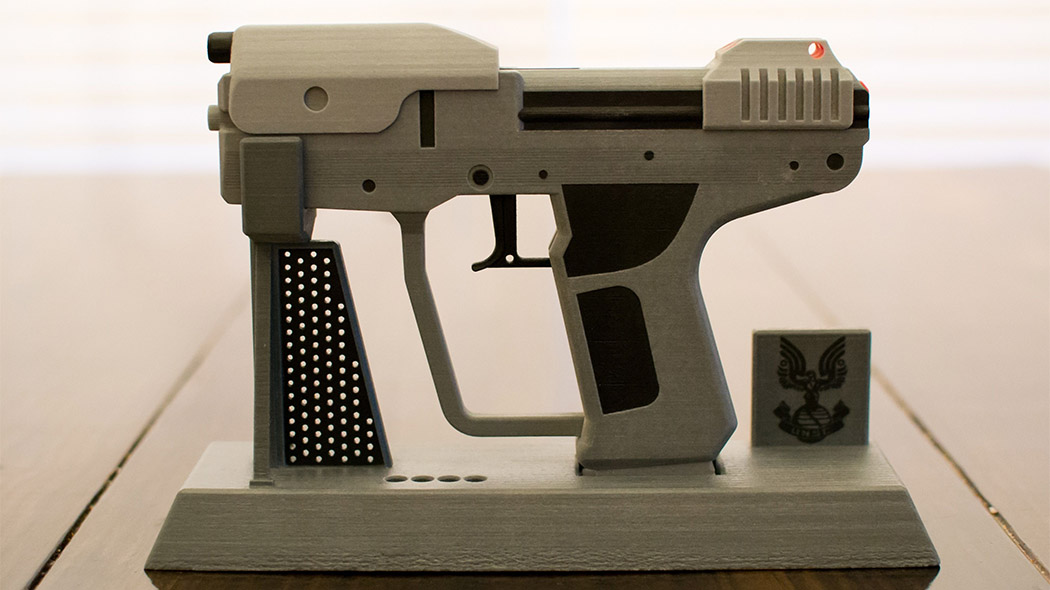 Modern 3D printers have enormous capabilities. They can print products of almost any complexity. Not long ago, it was hard to even imagine that plastic weapons could shoot. However, it is already possible to make a gun on a 3D printer that, although not reliable, shoots live ammunition.

Can firearms be printed on a 3D printer? 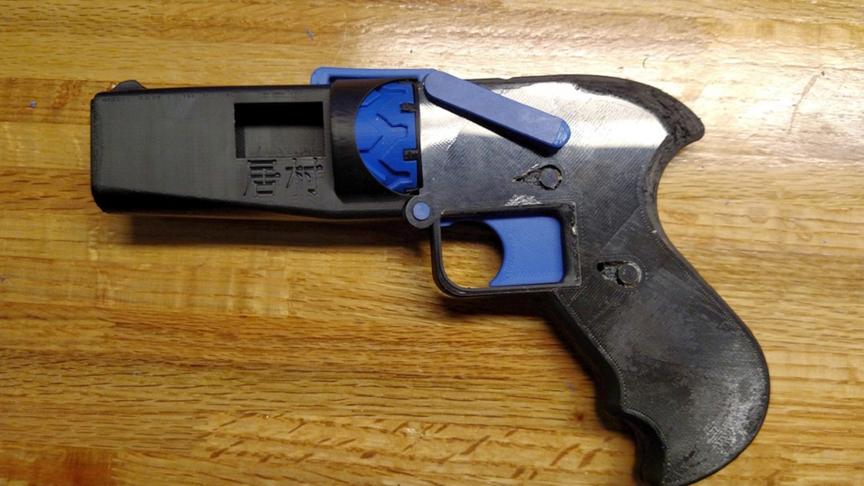 Back in 2013, a young American activist for the free sale and distribution of guns proved that plastic weapons can be printed on a 3D printer. He was the first in the world to produce a gun in this way, in which only the firing pin was made separately of metal. All other parts were printed on the printer using FDM technology.

Modern 3D printers are capable of printing any CAD model, and such models of firearms became available more than 10 years ago. Whereas in previous years their printing required professional skills, now they can be mastered by almost any user. With a 3D printer and a ready-made model, it has become quite realistic to print a gun. Another thing is that such “creativity” is punishable under the laws of most countries.

The evolution of 3D-printed weapons 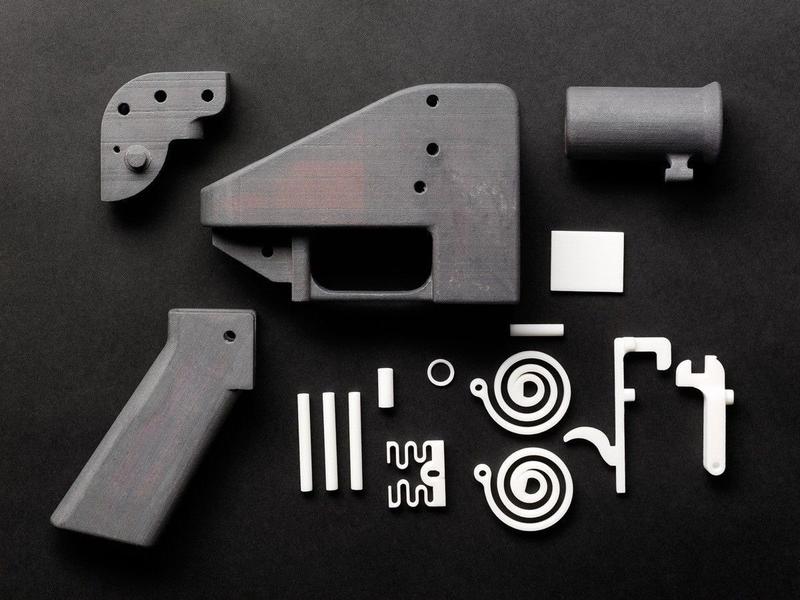 Despite all the bans and restrictions, the evolution of 3D-printed firearms is moving at a great speed. American C. Wilson’s Liberator single-shot plastic pistol began in 2013. It had a simple design and was designed for the 380 ACP cartridge. Already after 10-12 shots this weapon was in disrepair. However, the very possibility of printing a firearm was the impetus for the development of the idea. The author of the first gun himself founded the Defence Distributed company, which began to actively improve the technology.

One of the ways to improve the durability of the weapon was to increase the number of its barrels. In early 2014, Japanese Y. Imura manufactured the Zig Zag .38 caliber pistol. It was capable of firing up to six rounds nonstop. The author of the weapon was declared a criminal and convicted.

The next step was J. Patrick making a six-shot revolver in 2015. The performance of the PM522 Washbear model was demonstrated on YouTube. The weapon was noticeably safer for the shooter than previous versions, but still only allowed a few dozen rounds to be fired. 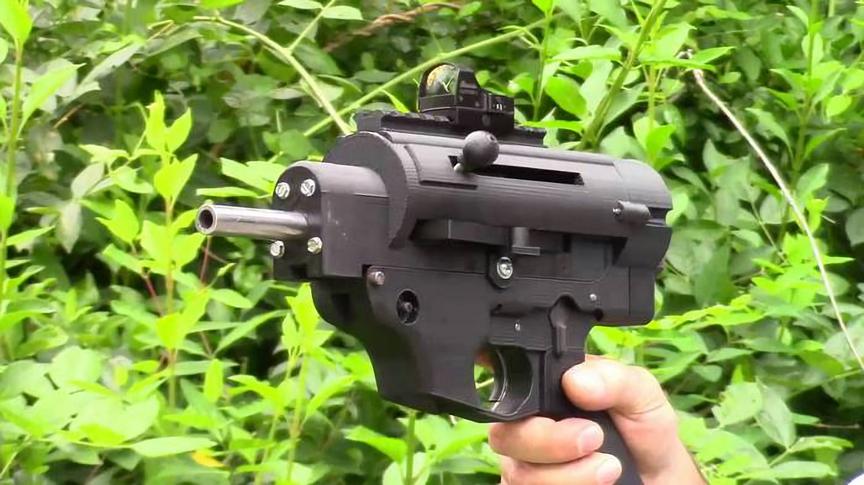 The first semiautomatic 9mm bullet pistol appeared in 2016 under the name Shuty-MP1. It was developed by an artisanal gunsmith who hid under the pseudonym Derwood. It wasn’t exactly a plastic gun. The author used some metal parts from factory pistols – barrel, firing pin, bolt, and some springs. This allowed for a rate of fire of over 46 rounds/minute. However, the plastic case had to be cooled when the magazine was changed. In 2017, the same craftsman offered an improved model, the Shuty AP-9. 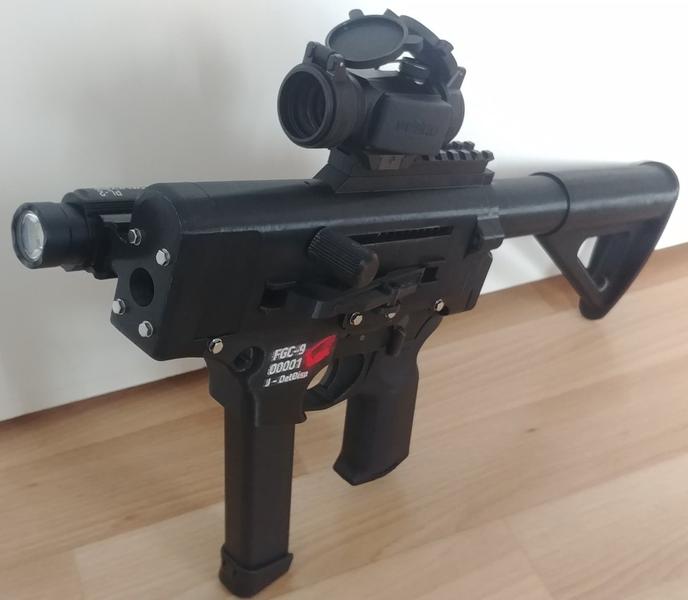 The main contribution to the development of gun printing technology on a 3D printer was made by Defence Distributed, where a group of like-minded activists came together. First, these enthusiasts won a lawsuit in the U.S. and secured permission to 3D-print weapons, which allowed them to greatly expand their capabilities. Second, they were able to set up a professional business with product testing and quality control. As a result, they developed numerous models of a variety of firearms, from pistols to carbines, in 2018-19. They placed more than 30 files to print original gun parts. Most of them were plastic, and the metal parts were not made from purchased, off-the-shelf elements, but from simple metal profiles (tubes, strips, etc.) sold in ordinary construction stores. This eliminated the use of patented gunsmith parts. 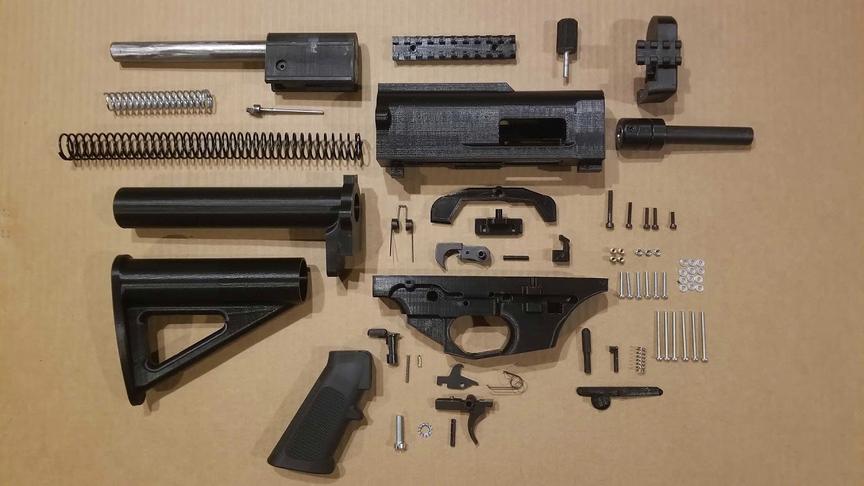 At the moment, the pinnacle of “creativity” of Defence Distributed is a semi-automatic carbine FGC-9, based on Shuty AP-9. It does not have any factory parts. The barrel for the 9mm cartridge is made of steel tube using electrochemical treatment.

Where can I get blueprints and what should I look for?

Prohibitions on gun making make it much more difficult to access drawings and model guns for printing on a 3D printer. Only Defence Distributed has achieved the right to freely post information. Their website provides free access to drawings, models and technology. Other information can be found on the Internet, but it is usually illegal.

When choosing a model, you should pay attention to the following information:

It is important to clarify what metal parts will need to be purchased separately, in addition to plastic for printing on the printer.

What does the law say in different countries? 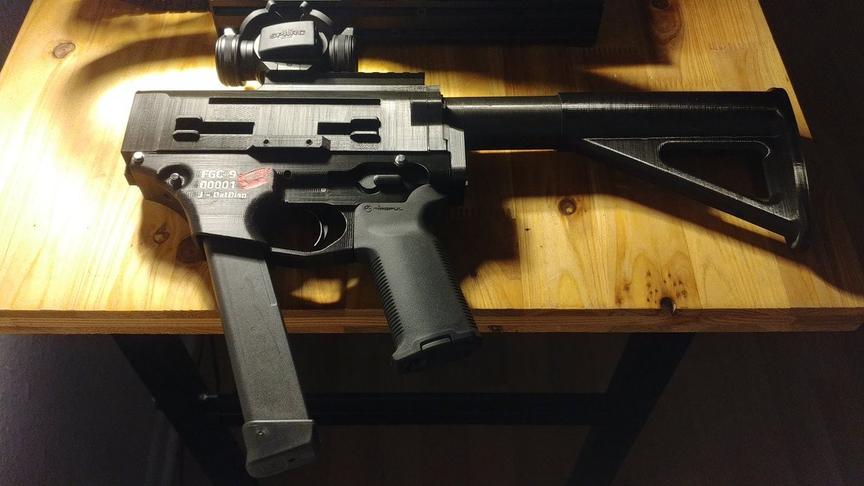 The only country where 3D printing of firearms is allowed is the United States. Here, the Gun Control Act of 1968 is in effect, giving Americans the right to make guns, but only for personal use. There is only one restriction: it must be detected by metal detectors, i.e. it must have a metallic element. In almost all other countries, homemade weapons and repairs for any purpose are prohibited by law. In Russia, printing it on a 3D printer falls under the Criminal Code and is punishable by imprisonment.

Should we be wary of plastic weapons?

The question of how dangerous a weapon printed on a printer is becoming increasingly relevant. Despite all the prohibitions, it is extremely difficult to control the spread of the technology around the world. The availability of 3D printers and the increase in their functionality make it possible to master the production of plastic guns at home. How dangerous are such weapons?

Most experts agree that, at present, printed weapons are more of an interesting toy. It costs quite a bit and is designed to fire only a few dozen shots. Moreover, such guns are quite dangerous for the person shooting live ammunition because they can burst in the hands.

However, the degree of danger should not be downplayed. It is easier and cheaper for a “serious” criminal to buy an illegal combat weapon than to make one from a printer. At the same time, there may be “enthusiasts” who, for their own interest, can make a gun and try it out in action. Such inadequate people pose an undoubted danger. In addition, the temptation for terrorists is great. Metal detectors do not detect plastic guns, which means they are easier to sneak onto planes.

Important! Plastic guns have a very short life span. At the same time, sometimes only one shot is enough to kill a person.

Advantages and disadvantages of plastic weapons

Firearms printed on a 3D printer have the following advantages:

It is always necessary to remember that there are significant disadvantages:

Nowadays, plastic weapons have more disadvantages than advantages, and most importantly – you can get a real prison sentence for making them.

The potential for the development of 3D printing of firearms is far from exhausted. The expansion of equipment capabilities and the development of innovative materials indicate that in the near future such weapons can approach the characteristics of military weapons. In the future, a significant increase in resource life and the provision of automatic firing mode is in prospect.

The reliability of printed pistols and carbines is substantially increased by SLS technology using metallic powder. Such weapons are already little different from the factory metal models. So far it is very expensive, which greatly limits its use. However, over time, the material will become cheaper and therefore more affordable.

Printing firearms on a 3D printer has become a reality. Despite its extremely low performance and reliability, there is increasing interest in it. Experts predict that the printing of weapons will become widespread, and it is impossible to stop such production. The time is approaching when measures must be taken at the legislative level to establish effective control of this process.