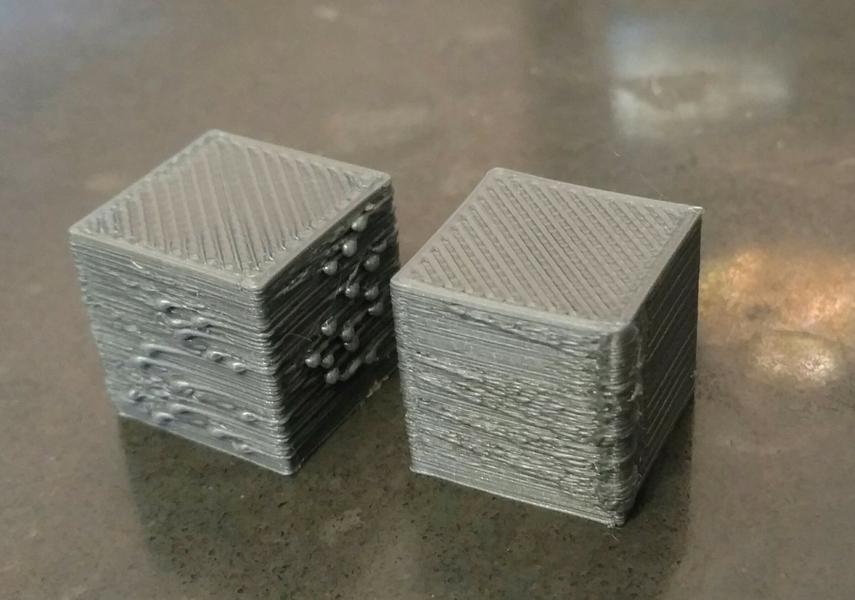 When creating a 3D model on a 3D printer, you may encounter poor print quality. Changing the slicer settings does not work, and the printed part appears shapeless, showing delaminating structures, gaps in layers, and other similar defects. This means it’s time to calibrate the extruder.

Calibrating the extruder of a 3D printer

Extruder calibration is a change in printer settings to write new parameters for the filament bar pulling speed and to change the temperature mode of the hotend. The printer is calibrated if numerous attempts to reconfigure the slicer have failed to improve print quality.

If the calibration procedure is rejected, it will be impossible to achieve accurate reproduction of a spatial object from a digital model. It is connected with the fact that the range of slicer settings does not allow for complete elimination of disturbances occurring in the control commands of the printing device firmware.

Warning! Before starting the calibration check the slicer settings, namely the filament type and the rod diameter as well as the nozzle cleanliness. Incorrect configuration may be the reason of bad printing quality.

Signs that you may need to calibrate the extruder

When inspecting the printed models, you may see defects:

To get more or less acceptable print quality, you have to change the filament feed rate, also known as “flow” or flow rate, in the settings. Considerable shifts to one or another side signal incorrect calibration. 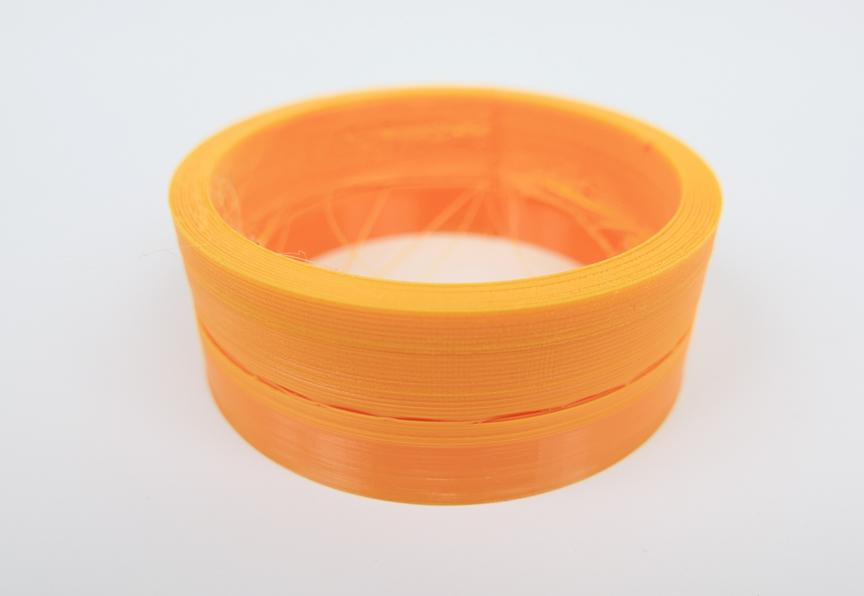 The process of calibrating the extruder is not that simple: you need to understand the G-code, be able to work with the sections of the slicer that give access to the software firmware settings, know the procedure for measuring the parameters and entering new values into the printer’s memory.

For making measurements you must prepare:

Connect the printer to the PC by inserting the USB cable that comes with the printer into the USB port.

Before attempting to change the programming codes, you should check the operation of the mechanical components. If there is a problem with the filament supply, it might cause a problem with your printer. The first step is to adjust the pressure roller (if allowed by the printer’s design). If the pressure mechanism works correctly, there is no wear and tear of the rod pulling gears, you should pass to the next stage of calibration – adjustment of filament quantity, which is supplied by stepper motor. 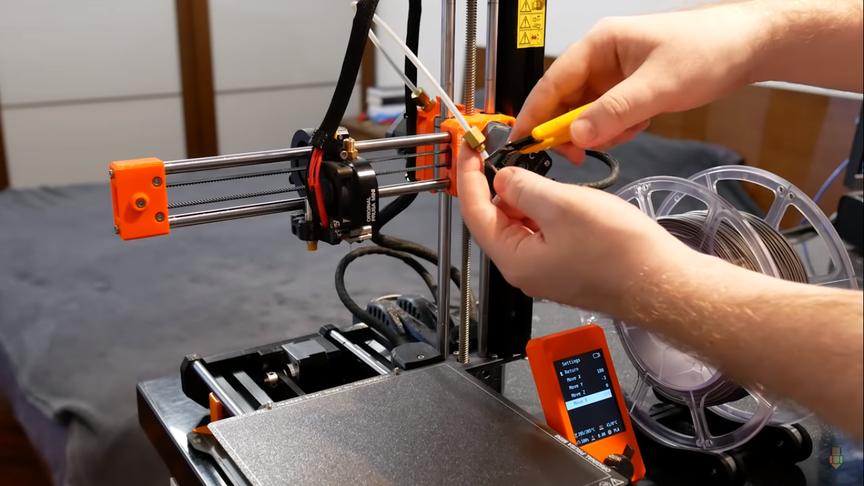 To do this, remove the guide tube and cut off the tip of the wire sticking out of it.

Warning. The printer has a protection that prevents the stepper motor from turning on if the hot rod is cold. You must either turn the protection off with M302 P1, or warm up the extruder to operating temperature by sending G-code M109 S225.

The next steps are as follows:

If the received value is less or more than 100 mm, it is necessary to correct the settings of the stepper motor. To do this, you need to find the value set in the printer firmware by running the M502 command. For example there is a number 95,5 written in the program. 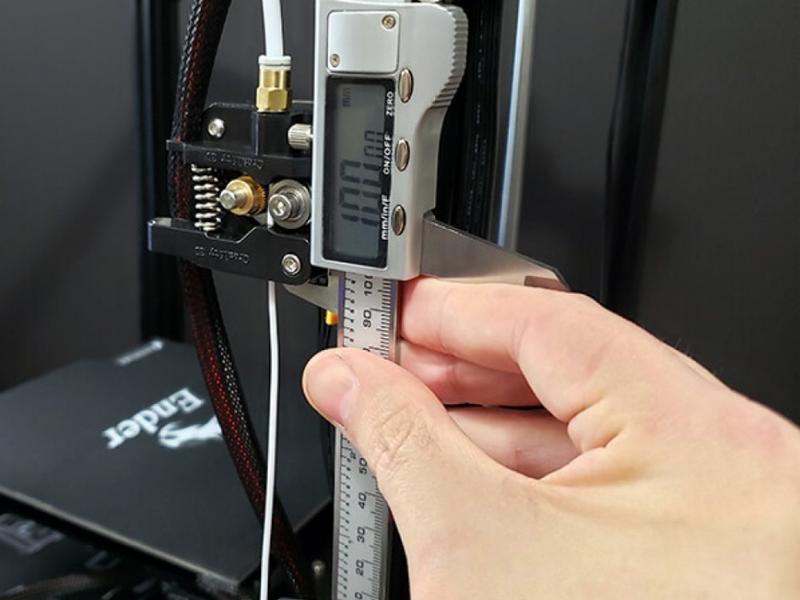 Now calculate the new value by the formula Y × L / l, where

This will be the new value Estepps/mm.

To record the correction, find the Estepps/mm option in the menu and enter the value. Run the M500 command to save it to the printer memory.

The calibration is finished. Repeat the filament check feed for verification.

The thermistor temperature is calibrated with the following command: M303 E0 S235 C8 U, where:

When calibration is complete, be sure to give the M500 command, which ensures that the calibrations will be saved in the printer’s memory.

To simplify the procedure, instead of working with the console, where commands are usually entered, you should create a file with the extension .gcode:

This file will need to be run on the 3D printer.

You begin adjusting the filament feed by printing a test cube. The settings in the slicer are:

The checkboxes of such parameters as “Alternating wall” and “Vase mode” are unchecked. 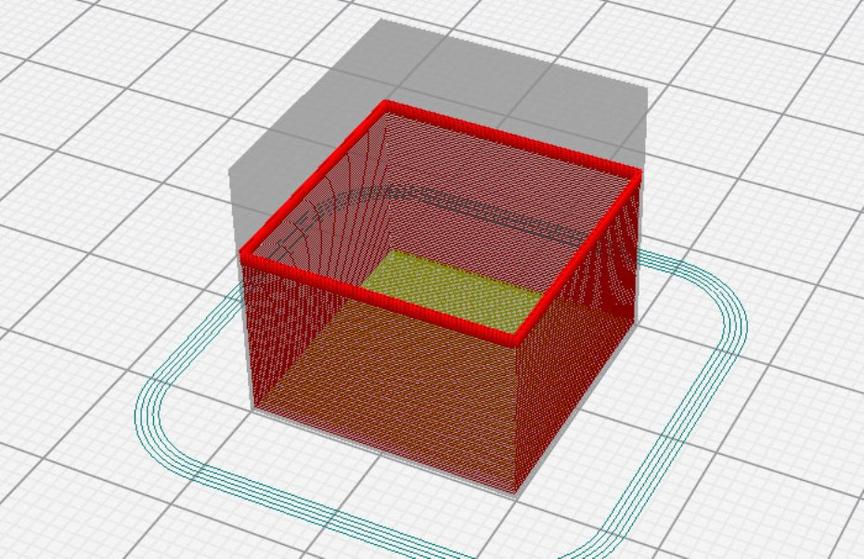 It is necessary to find the average value of wall thickness. To do this, each of the walls is measured in at least three places with a caliper. The obtained values are added and divided by the number of measurements. For example, the result is 0.45. We substitute in the formula for the flow value 100 % × p / k, where:

The obtained value is rounded to tenths and entered in the program settings.

The correctness of the settings is checked by printing out one more test cube and making measurements. The final result should be equal to the number p.

Errors and how to avoid them

After restarting the printer, the calibration is not saved. Reason: No command was given to write changes to the EEPROM. When the calibration is finished and the parameter changes have been made, you need to run the M500 G-code.
After the manipulation the print quality has changed slightly or even worsened. The reason: The measurements were made incorrectly. You will need to cycle through the measurements and calculate the average value to increase the accuracy, this will minimize the measurement errors.
Calibrating the extruder will make it possible to achieve high quality 3D printing. Do not neglect this step of printer setup. Pedantically following the calibration algorithm and carefully measuring the necessary values for calibration will ensure the most accurate results.