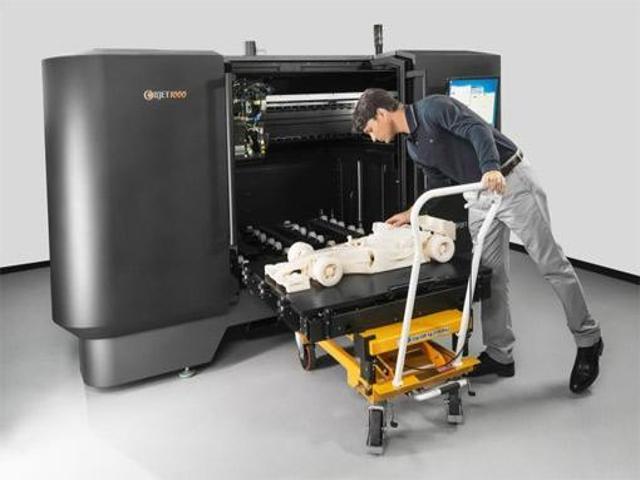 3D printers can be not only personal or professional, but also industrial, which are used in various industries. They have higher productivity, larger size and, of course, higher cost. But such equipment pays for itself quite quickly when its capabilities are used to the maximum.

In industry, 3D printing technology is most commonly referred to as additive manufacturing. This production process is the exact opposite of the classic one, in which everything superfluous is chopped off from the workpiece. In additive manufacturing, the parts are created by layer-by-layer deposition.

An industrial 3D printer works with three-dimensional graphic files that contain the parameters of the future product. Models are created by scanning existing objects or manually in special programs.

The printer processes the received information and creates a structure from layers of sheet, powder or liquid material. The product is formed by connecting the layers in series.

There is no waste in 3D printing technology, making it advantageous for large factories and commercial enterprises. Three-dimensional printing has already become quite firmly established in industries such as: 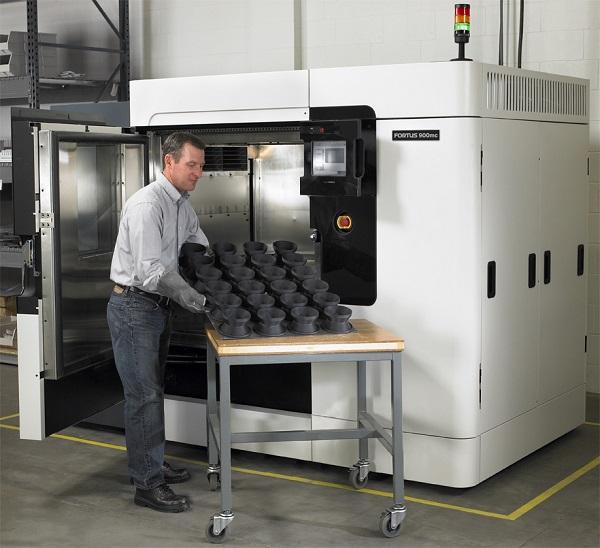 This is due to the fact that the technology of such printing allows to produce products with any geometry. It is impossible to do this with conventional production equipment.

Materials and basic techniques in the industrial use of 3D printers

There are already more than 10 methods of additive manufacturing in the industrial sphere. They differ from each other by the processed materials and the way the layers are formed.

The most common five techniques used in manufacturing are:

Selective laser sintering. Using this technique, parts can be made of polyamides, reinforced fiberglass, polystyrene and reinforced carbon fiber.

With three-dimensional printing, the production cycle is greatly accelerated and costs are reduced.

Prospects for the use of 3D printers in production

Industrial manufacturing giants have long used 3D printing technology. For example, General Electric began making nozzles for rocket engines in 2015. It uses large-scale printers that make parts from composite fiber and composites with a ceramic matrix. Test results have shown that such nozzles are several times stronger than their predecessors. This is due to the integrity of the design. Earlier nozzles were assembled from 30 separate parts.

Rolls-Royce uses 3D printing in the manufacture of aircraft engines. With the help of 3D technologies individual elements of engines are produced. The printers can easily change the shape of the products without having to change the entire production line.

NASA launched the Sinterhab project in 2016. They plan to “print” space complexes on the surface of the moon in the future. The agency also sees prospects in printing spare parts directly on spacecraft. This will save hundreds of millions of dollars on cargo launches of transport rockets.

But the main thing is that 3D printing technology is already available to businesses. Previously, only large companies could afford industrial printers, but now ordinary factories can also use such equipment. The average price of an industrial printer ranges from $5,000 to $15,000.

3D printing is already actively used in industry. The technology was available decades ago, but at that time its cost did not allow to take advantage of all the possibilities of additive developments. Now all indications are that 3D printing in industry will not stop there, but will become a new method of solving many engineering problems.